The Texas Constitution requires that “Taxation be uniform and equal”. Whether intentional or not, the valuation practices of HCAD have led to systemic excess and unequal taxation in heavily African-American areas. The practice also appears to violate the Fair Housing Act of 1968 by reducing the chance of African-Americans being able to qualify for loans. O’Connor & Associates has data dating back to 2009 to document the problem.

The obvious question is what can be done to fix this problem? There are at least seven possible remedies: 1) media scrutiny can make this a priority for HCAD, 2) since the Harris County Appraisal Review Board has control of the tax records during the tax protest season, they could require HCAD to resolve the problem, 3) the Harris County Appraisal District Board of Directors could direct HCAD to solve the problem, 4) Harris County Vince Attorney, who is attorney for the Harris County Appraisal Review Board could effect a solution, 5) a tax entity could file suit to require HCAD to follow the law regarding valuation of low-income housing, 6) the Texas Legislature could provide standing for a property owner to file suit regarding systemic discriminatory property tax assessment and 7) someone with standing could file a complaint using HUD’s Title VIII Fair Housing Complaint Process.

Media scrutiny is the most likely action to affect any of the other changes. While the Harris County Appraisal Review Board technically has control of the tax roll during the protest process, and is an obvious candidate to resolve the problem, they won’t unless there is meaningful outside pressure to do so. The most obvious candidate to effect the change is the Harris County Appraisal District Board of Directors. With appropriate external guidance, they could and would demand that HCAD fairly assess low-income home owners. Harris County Attorney Vince Ryan is a Democrat, and is the attorney of record for the Harris County Appraisal Review Board. Mr. Ryan is in a position to coordinate requiring HCAD to immediately revalue homes in areas valued in excess of 100%, which are primarily low-income areas.

There is currently no provision in the Texas Tax Code to address systemic errors or abuses by an appraisal district or appraisal review board, except for a tax entity to file suit and demand that the appraisal district follow the law. There are about 500 tax entities in Harris County. If a single tax entity filed suit to require HCAD to follow the law, they would almost certainly prevail given the volume and consistency of evidence that HCAD over-taxes low-income African-American home owners.

The Texas Legislature could modify the statutes to allow for lawsuits to address issues such as unfair taxation of home owners, or low-income home owners. While the Texas Contitution requires “Taxation be uniform and equal”, it is meaningless commitment because every single low-income African-American home owner would have to separately file suit to resolve the issue for their own house.

Finally, home owners with standing could file complaints using HUD’s Title VIII Fair Housing Complaint Process. One substantial benefit is that fair housing complaints can be filed by any entity, including individuals and community groups. Hence, if a community group such as the Houston Black Real Estate Association (HBREA) filed a complaint, it could be filed to address relevant areas that are over-taxed.

O’Connor & Associates is a Houston-based property tax consulting firm. It is the only firm that represents property owners of any value in volume, representing over one hundred thousand home owners. O’Connor & Associates represents tens of thousands of homes valued at less than $100,000. “Most firms want to handle only large commercial businesses or wealthy home owners’ protests,” said Pat O’Connor, president of the firm, “but helping the small guy is part of our mission, and in this case, it’s the lower-end home owner who is really getting the raw deal.” O’Connor & Associates represents over 110,000 clients, which we believe is more than any other property tax consulting firm in the nation.

Oconnor & Associates can represent you at the property tax protest. 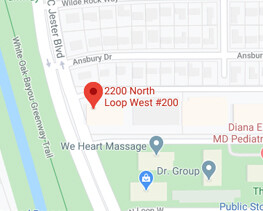 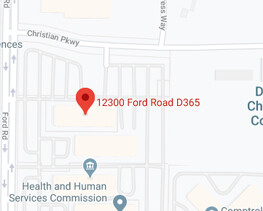 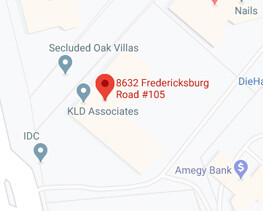