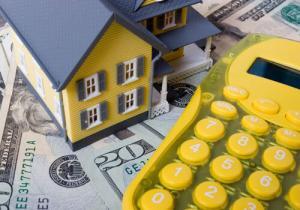 Owning property is a wonderful thing, until the time comes to pay taxes on the appraised value of that property. Many property owners in Houston, Texas are facing a unique dilemma this year- they do not know whether or not they should protect increasing property taxes because many have not even received their tax bills yet!

How many property owners are still waiting?

According to statistics given by Harris County property, around 23,000 property tax bills were mailed in January, leaving at least an estimated 14,000 still waiting to be mailed. ABC Local news reported that “The Harris County Appraisal District says it had more than 300,000 property owners protesting their appraisals, which is more than they had in 2010.

They say it’s a great thing for the economy, but the increased workload also responsible for the delays.” The protests slow down the speed at which tax bills can be processed and is slowing down the entire procedure.

When is the deadline to file the property tax bill appeal?

What is a major concern for many property owners in the Houston areas is that they may run out of time to file the protest and they may be stuck with a property tax bill they do not agree with. May 15th is the deadline that is looming on the very near horizon.

What does this mean for Houston, Texas property owners?

The Harris County Appraisal District is advising property owners that Houston’s booming economy is going to have an impact on property values for 2014. “Property values across most of the property types are increasing,” said Sands Stiefer, chief appraiser.

On March 19, 2014, a presentation was made to the District’s Board of Directors regarding 2014 values. The District concluded that property taxes in Houston increased for about 30% of homeowners last year. This year, nearly 75% of homeowners will be receiving a Notice of Appraised Value increase, with an average increase of 16.6%… [which will] generate more property tax appeals, since many property owners may disagree with the appraisal district’s increased value. Commercial and Industrial property owners are expected to see an increase as well.

Now is the time to prepare and get ready for the deadline that is fast approaching for property owners in Houston, Texas. With this sort of appeal load looming, it may take longer than ever to get appeals filed and reviewed. Now is the time to start working on your property tax protest appeal so you can get it filed before the May 15th deadline.