The Fort Worth City Council is looking at lowering the Citi’s tax rate by two cent along with a 9 percent increase in property value this year, but the city still expects to take in addition $24 million in revenue over 2015. 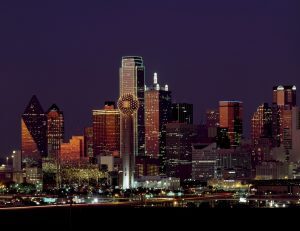 Cooke inaugurated the city’s Fiscal 2017 budget process on Tuesday by disclosing the lower rate, but also urged giving a larger portion of that rate to the pay-as-you-go fund utilized in capital improvement projects.

Increasing the amount of money going to pay-as-you-go would generate about more than $10 million and places that fund at $33.2 million, he said.

Of the total fund value $24 million would be consumed on street, bridges and transportation; $3.1 million on city facility maintenance and repairs; $2.5 million on technology; $2.5 million forneighborhood improvements geared at public safety issues, and hold back $929,441 for discretionary spending with community partners.

The city plans to spend $418 million in capital improvement projects in the next fiscal year, which sets out on October 1. It will spend $54.4 million on 2014 bond program projects and the voters have approved $292 million for projects in that bond program.

In addition, Cooke’s recommending to reduce the portion that goes toward operations and maintenance from 62.84 cents to 59.65 cents, and lowering the amount toward debt reduction from 17.91 cents to 17.35 cents.

Cooke also presented a plan to spend %11.9 million in gas well revenues from the settlement of a case against Chesapeake Energy and Total E&P USA. From that total revenue $1.4 million will be used to increase the size of a planned library on East Lancaster Avenue from 1,500 to 8,000 square feet, $1 million for new trails at Gateway and Quanah Parker parks on the east side, $2 million in sidewalk repair and new construction, and $5.4 million in technology upgrades which also includes the city’s telephone system to improve customer services.