Harris County Appraisal District (HCAD) has consistently over-taxed primarily African-American and other low-income areas of Harris County. Historically, most of the home owners have seldom protested their property taxes. Compounding the problem, many do not have a homestead exemption, which would completely exempt some of them from property taxes.

Zip Code 77028 it the most over-taxed area in Harris County, with the typical home being over-taxed by 87%. The residents in this area are 72% African-American. Recently sold homes had an average sales price of about $40,000, but were valued by HCAD for 2014 at about $68,000. About three-quarters of the sales were over-valued by at least 32% and two-thirds were over-valued by at least 75%!

Over-taxation of homes in low-income areas is not a new phenomenon. The ten most over-taxed Zip Codes have been over-taxed in most of the past 5 years. Most of the over-valued areas have two characteristics: 1) low income and 2) primarily African-American. Since relatively few of the home owners appeal in low-income areas, there is little incentive for the appraisal district staff to look closely at the errors in their data causing systemic valuation.

O’Connor & Associates is offering a free 2014 property tax appeal to all home owners in the ten most over-valued areas of the Harris County. Most of the homes in these areas are valued at less than $100,000. However, there is no limit on the home to qualify to a free 2014 property tax appeal. We are hopeful this will level the playing field and encourage HCAD to more carefully value these areas in 2015.

The only qualification is to own a home in one of the Zip Codes in the following table:

Owners of homes in the ten listed Zip Codes simply need to call 713 290 9700 and use the promo code FREE 2014, or just tell the customer service representative that the owner is calling on the free 2014 tax appeal for the ten over-taxed Zip Codes. Home owners can also sign up at www.cutmytaxes.com and just note FREE 2014 in the questions / comments area. If a home owner forgets to use the promo code, they can simply call after receiving an invoice and we will waive the fee.

O’Connor & Associates will also be sending two pieces of direct mail to all owners of homes in these Zip Codes, to make them aware of the offer of a free 2014 property tax appeal. 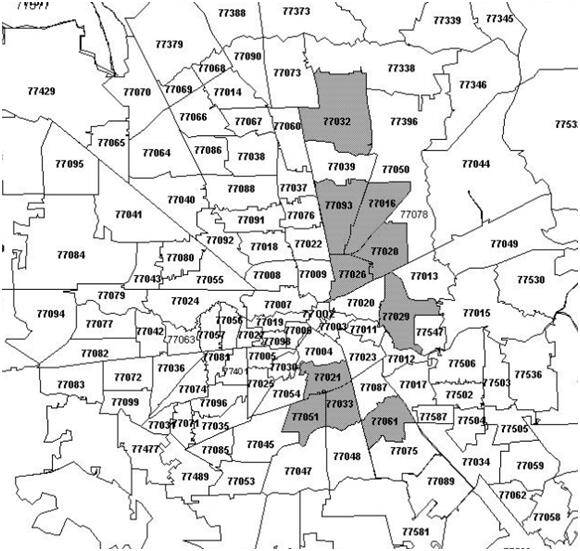