Harris County Appraisal District has simply ignored several recent public information requests from O’Connor & Associates, including one for information regarding why they are claiming two-thirds of recent commercial sales are “invalid”. This is strange behavior for Harris County Appraisal District (HCAD). Historically, they have responded to public information requests in an appropriate manner. However, for the last two requests, HCAD ignored both the initial request and multiple follow-up requests asking about the status. A heads-up to senior management about the requests being ignored also received no response.

What is HCAD trying to hide and why? HCAD has sales prices for about 5,180 commercial real estate sales during the last two years. HCAD is claiming over two-thirds of the commercial real estate sales (for which they have sales prices) are invalid or can’t be considered because there has been some change to the property after the sale. The claim is preposterous on its face. Houston has had a strong real estate market during the last two years, with a limited number of sales by lenders. At a public meeting with tax consultants and HCAD staff, one of HCAD’s appraisers claimed two-thirds of the sales were coded invalid because they were in-house sales or bulk sales (sales of multiple properties at one time).

O’Connor & Associates believes that HCAD is simply trying to cherry-pick the highest sales, and is trying to conceal this tactic by declaring two-thirds of the sales invalid. HCAD has an insular culture where many appraisers are afraid to use professional judgment. If HCAD declares a sale invalid, the appraisers will not consider it, even if it can be proved to be a valid sale.

It is troubling that a governmental entity tasked with fairly spreading the tax burden of over $4 billion simply ignores public information requests. There is nothing confidential in the account number and HCAD’s validity code. HCAD by statute can: 1) timely provide the information, 2) ask for more time, 3) report they do not have the information or 4) ask for an opinion from the Texas Attorney General (because they believe the information is confidential). It is disturbing that a governmental entity given so much responsibility is simply ignoring the rule of law.

What is even more troubling is this is not an isolated incident. HCAD was recently sued for defying a Texas Attorney General ruling on public information requests (Harris County District Court # 2014-28374). Harris County citizens depend on HCAD and deserve government that follows the law.

For more information call Patrick O’Connor at 713 822 8613 or email poconnor@poconnor.com 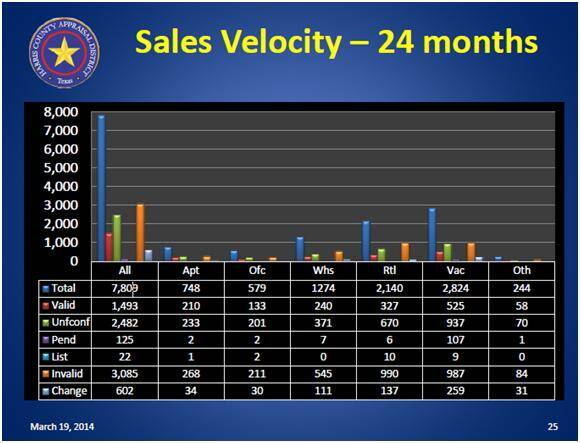