Nearly 90% of the Americans rely on public schools to educate their kids. Public schools, in turn, depend on government funds. Take a moment to ingest the following facts.

Link between schools and taxes

Unless governments fund American schools, the condition of education remains pathetic. Tax dollars circulated as funds set those schools in motion. Property taxes play a key role in school finance. Those are taxes levied on owners of properties such as land, homes, industries, etc. and nearly half of the property tax revenue goes into school funding. 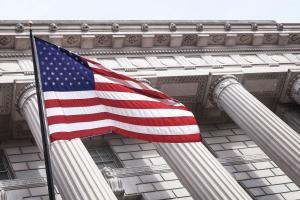 Why do schools need money?

Simply put, you cannot run a school empty-handed. Obviously, you need a source of money to operate a campus. Students require a conducive environment in order to learn freely. Fulfilling all these needs is not easy and is a colossal task. On the flip side, teachers work in anticipation of a potential strike next month. And, you have to scoop up money to pay extra and delight those teachers.

To be frank, not all American schools have the essential cash flow to spread education. While schools in some parts of the country are flush with spendable dollars, the schools in other areas still scrounge for more money. Though we pay taxes every year, how much going in for school funding is a constant mystery. When North Carolinian schools get loads of funded money, Alabamian schools feel the pinch.

Thinking in a new dimension

Knowing that insufficient fund attributes to lag in educational growth is just a tip of the iceberg. Some kids are wealthy while others live below the poverty line. For instance, let’s take the case of Indiana schoolers. It’s been estimated that one in five children are poor and cash-starved. Healthy eating, hygiene, and above all, mental wellness is a matter of concern. Providing for each and every kid empties out money vaults depending on the influx of property tax dollars.

A fizzle or a sizzle?

A bulge or a dip in the local economy determines the state of educational systems. California being a wealthy place by itself, raking plenty in businesses, has little reasons for its non-reliance on property tax money. To the contrary, Massachusetts chomps down lavishly on property tax bucks, and it’s being ranked high in per-pupil spending comes as a no big surprise.

From where does the fund money pour in? There are three different channels: local, state and federal. Almost 45% from local, 45% from state and 10% from federal governments contribute to the net pack of funds.

Questions were raised now and then on school funding if it’s unfair and off balance. Lawsuits were filed if funds set aside for schools are sufficient and judgmental. Because not all schools have the necessary resources to keep the ball rolling. Schools expect funds not to be equally distributed, but rather look into school administrations that desperately need a cash influx.