What is Going to be on the November Voting Ballot?

*This blog post is courtesy of Dallas Morning News* 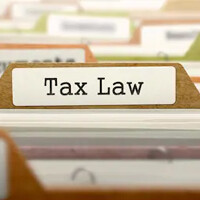 On Nov. 5, Texas voters will have to decide whether to add 10 amendments to the state constitution.

Constitutional amendments require the support of the majority of voters and two-thirds of the Texas House and Senate. The Legislature approved them in May.

Here’s what those propositions, including a controversial ban on a state income tax, could mean for Texans.

The Texas Constitution already has an amendment restricting lawmaker’s attempts to enact a state income tax, but Proposition 4 seeks to raise the bar.

The constitution allows the Legislature to impose a personal income tax only if voters approve it in a statewide referendum and if the new revenue goes to school property tax cuts and education programs. In 1993, voters approved this amendment pushed by then-Lt. Gov. Bob Bullock, a Democrat.

Proposition 4, authored by Republican Rep. Jeff Leach of Plano, would strike that amendment and add language that the Legislature “may not impose a tax on the net incomes of individuals.” The Legislature narrowly approved it in May.

If voters approve it, two-thirds of the Texas House and Senate would have to vote to repeal the amendment and call a statewide election to establish an income tax.

Leach says this change would make it “virtually impossible to pass a state income tax,” ensuring Texas remains attractive to residents and businesses.

Critics say the proposition eliminates a potential source of revenue for public education funding and property tax relief, which were priorities during the last legislative session.

The Texas State Teachers Association added that the proposition would “remove from the state constitution a guarantee that any revenue raised by an income tax be dedicated to improving education funding.”

Leach said that concern over the term individuals is a “made-up argument,” and that his amendment still leaves the choice of an income tax in the hands of Texans.

“We think that the people of Texas are the ultimate say in who they elect and how they vote in a constitutional amendment election,” he said. “I don’t view this in any way that the people in Texas have less power than they had before.”

Proposition 3 would temporarily exempt property owners in a governor-declared disaster area from a portion of the taxes for the property’s appraised value. But the proposition does not guarantee an exemption for property affected by a disaster after the local tax rate has been set, the House Research Organization reports.

Proposition 8 would create a Flood Infrastructure Fund in the state treasury for the Texas Water Development Board to pay for drainage, flood mitigation or flood-control projects.

The fund, created after Hurricane Harvey, is intended to better prepare Texas for future disasters. But the House Research Organization notes that there are local, state and federal funds available for these projects and that some state funding for the fund is meant to be used only after a disaster takes place.

Proposition 5 seeks to secure funding for the Texas Parks and Wildlife Department and the Texas Historical Commission from state sales taxes imposed on sporting goods.

Critics say it would limit the Legislature’s ability to prioritize state funding, according to the House Research Organization.

Proposition 6 would allow the Legislature to increase from $3 billion to $6 billion the amount of taxpayer-backed bonds the state issues for the Cancer Prevention and Research Institute of Texas. The agency, established in 2007, would otherwise lose its ability to award grants that promote cancer prevention and research by 2022.

Critics say cancer research isn’t a necessary state priority, and lawmakers should work to make the agency self-sustainable during the next legislative session.

Proposition 7 would double the annual public education funding awarded to the Available School Fund. The General Land Office can currently distribute $300 million to the fund per year, which gives schools funding for each student and textbooks.

Proponents say this would allow schools to get more of the profits from state lands and State Board of Education investments, but critics say it could drain the fund more quickly and shortchange students in the long run.

Proposition 9 would exempt precious metals from ad valorem taxes if they are held in a Texas depository. Under current law, Texans may be subject to personal ad valorem taxes from local governments if their precious metals produce income. The proposition would include all Texas depositories, including the first state-run depository expected to open in Leander early next year, and apply to the metals gold, silver, palladium, rhodium and platinum.

Supporters say this change will help make Texas’ repositories for precious metals more competitive with those in other states, but critics warn against creating more tax exemptions in the wake of property tax revisions.

The proposition would clarify confusion over the existing practice, though some law enforcement agencies already allow handlers to adopt the animals for no fee.

Proposition 2 would allow the Texas Water Development Board to issue additional bonds to improve water access through the Economically Distressed Areas Program. The bonds, which would not be allowed to exceed $200 million, would fund water supply and sewer service projects in areas where the median household income falls below 75% of the state median income level.

Supporters say these bonds are necessary to help Texans without safe access to water. But opponents say they will raise state debt, so the funding should come from revenue the state allocates to agencies.

Proposition 1 would allow voters to elect municipal judges to serve in multiple cities at the same time. Municipal judges, who issue warrants and rule on city violations, can be elected or appointed by city councils, depending on a city’s charter.

Only 5% of the estimated 1,300 municipal judges in Texas are elected, according to the nonpartisan House Research Organization, including ones in Denton and Corsicana. The other 95% who are appointed are already allowed to serve in more than one office.

Proponents of Proposition 1, which the Legislature passed unanimously, say it would allow smaller cities to elect judges from a larger pool of qualified candidates.

But the House Research Organization notes that the proposition could raise future questions about Texas’ “one person, one office” election rule and about whether municipal judges can adequately balance work for two municipalities.

For more information, head over to the Dallas Morning News site article HERE for updates.